Ok, I told myself I wasn't going to bother doing end-of-year graphs this year.  But Joy's post changed my mind.  I love a pie chart.  Can't help myself.  So I make no apologies for this post.  I was curious how my year stacked up against previous years being that this was such a crazy one.  And I want to be able compare this year visually to the previous two years that I've done year end graphs.  That was a mouthful. 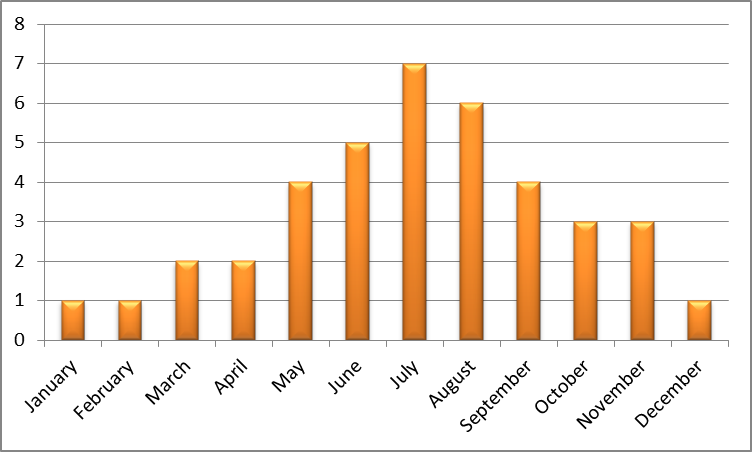 Thirty-nine projects!  Holy cow.  I honestly can't believe I made so many things.  Most projects were super easy ones, but still.  I must have found more time to sew than I thought.  Of course summer is more productive since I get to be home all day.  Nap time equals sewing time around these parts.  I probably should have used nap time for cleaning time, but you know.  Most were blogged.  I think.

Here are some pie charts for your viewing pleasure.  First up, by garment type. 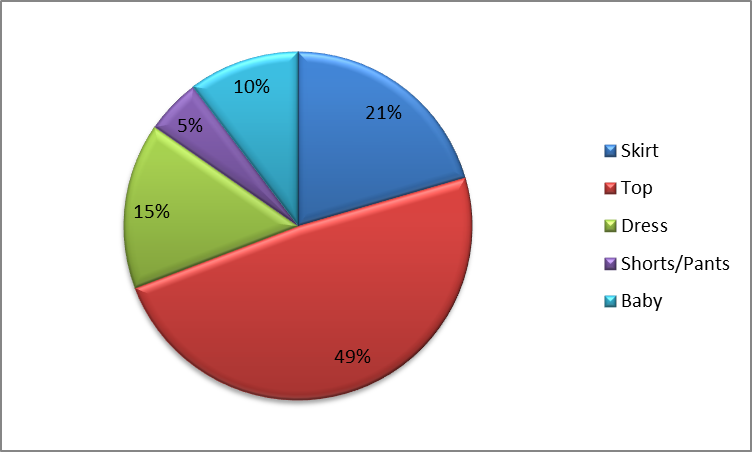 Lots of tops.  Lots of quick and easy tops.  No closure, pull over tops.  That was half (!) of what I sewed.  I guess that's why I ended up having such a large grand total.  I do love my Jacqueline tops so the fact that they were quick and easy is only an added bonus.  I only sewed four measly items for Jane.  Yikes.  I really thought I sewed more for her.  The things I did sew for her were a little more time consuming, though.  She has some projects already planned for this year.

Next chart, by pattern company. 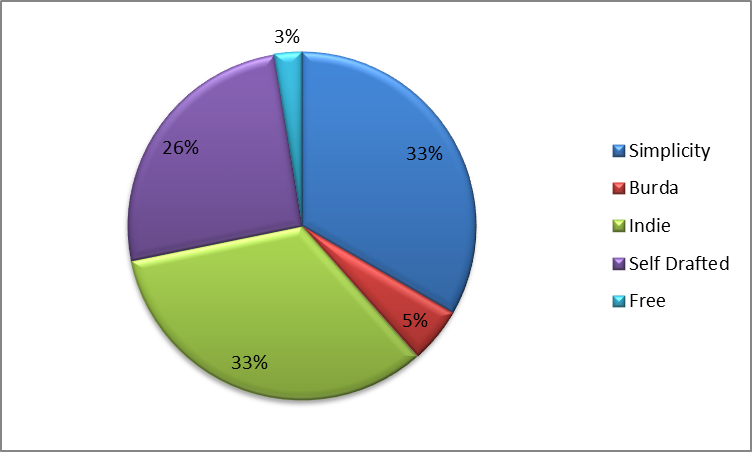 Self drafted sounds fancy but most of that is all those half-circle skirts I made.  And I love all of them.  They probably win for most worn garment of this year, especially the leopard print one.  I used a few Indie patterns but most of that category goes to Tina Givens patterns.  I really like her wild, art teacher designs.  I love a big linen top.  My white Luella is such funky one.  And I wear my Jacqueline tops all the time.  All the time.  In fact, they may have surpassed my circle skirts at this point... 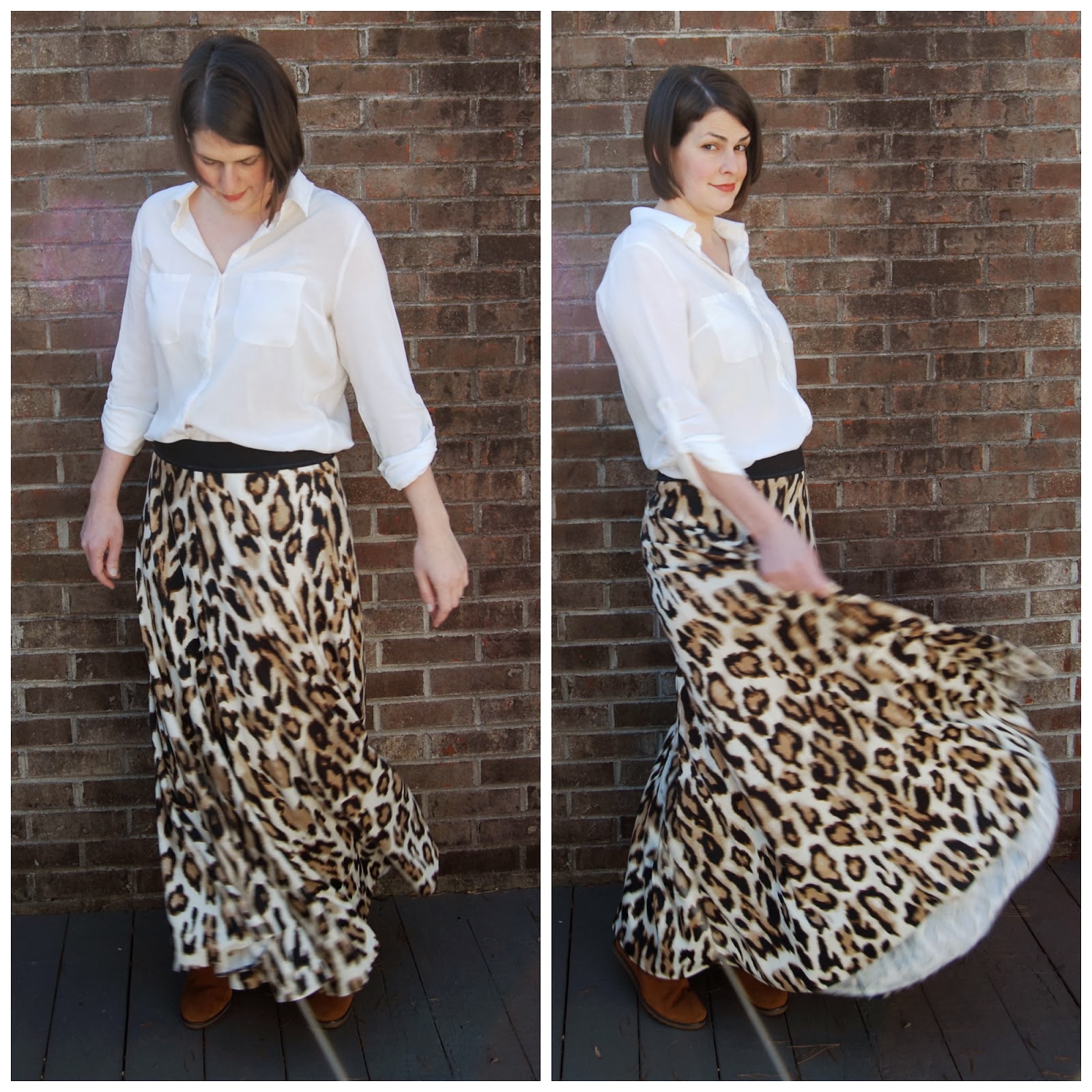 By fabric type. No surprise about the linen.  I love linen.  But yes, you so have to embrace the rumple.  I also discovered Fabrics-Store.com this year. 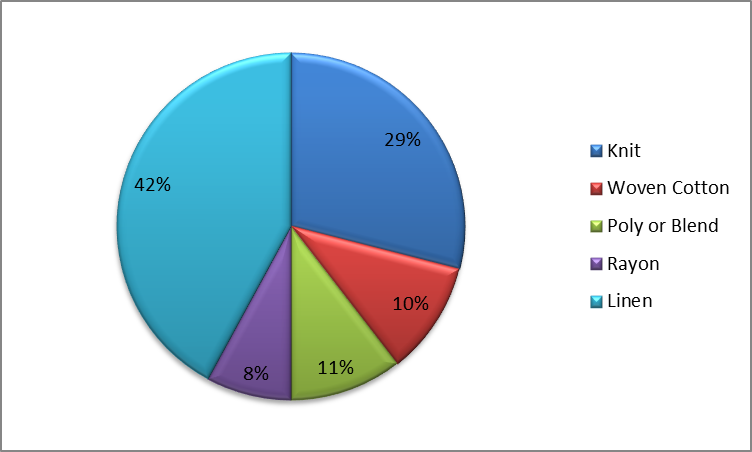 This last graph is a new one I added.  It's all my projects categorized as either a success, fail, or meh.  I added in ufo and baby for a few projects I couldn't categorize. 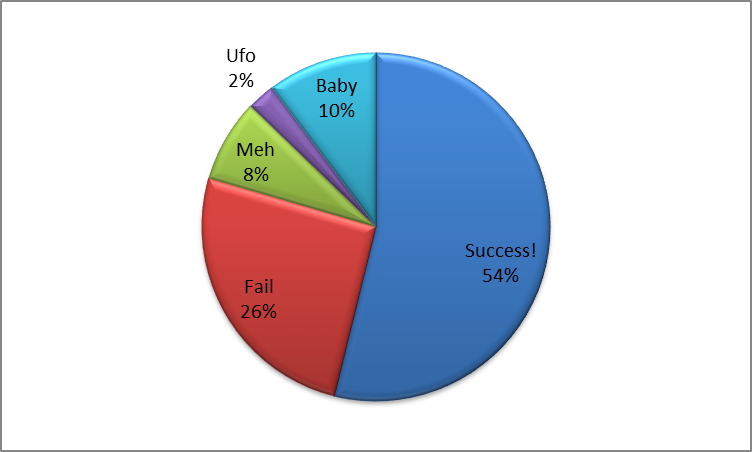 I had a rough time this year with making things I was unhappy with.  It all came to head this summer.  It looks like I made a ton of projects in July but most of those were a bunch of fails I made at one time.   Looking back, my unrest in sewing things coincided with my unrest with life at the time.  I wrote a post about J's leukemia diagnosis well over a year ago and then never mentioned it again in this space.  He has chronic myeloid leukemia for those who are new here.  It's been a rough year, although things have ended up really well these last three months of so.  J "failed" two of his medications earlier in the year.  One lowered his platelet count too much and he couldn't take the full dose.  And one caused liver toxicity, which is scary in it's own right.  Anyway, he had to stop taking medication during the summer for a while to recover before we tried a third option.  And you don't want to be off of medication for too long when you have cml.  So in hindsight, I get why I've been so wishy washy and anxiety ridden this year.  2014 has been somewhat of a roller coaster.  I've had to put on my big girl panties a few times.  J is on a third medication now and is doing fantastic.  Very minimal side effects and all of his counts are in the normal range.  I think we can exhale now because I hope we've found the meds that he can be on long term.  Which, you know, we need him around long term. 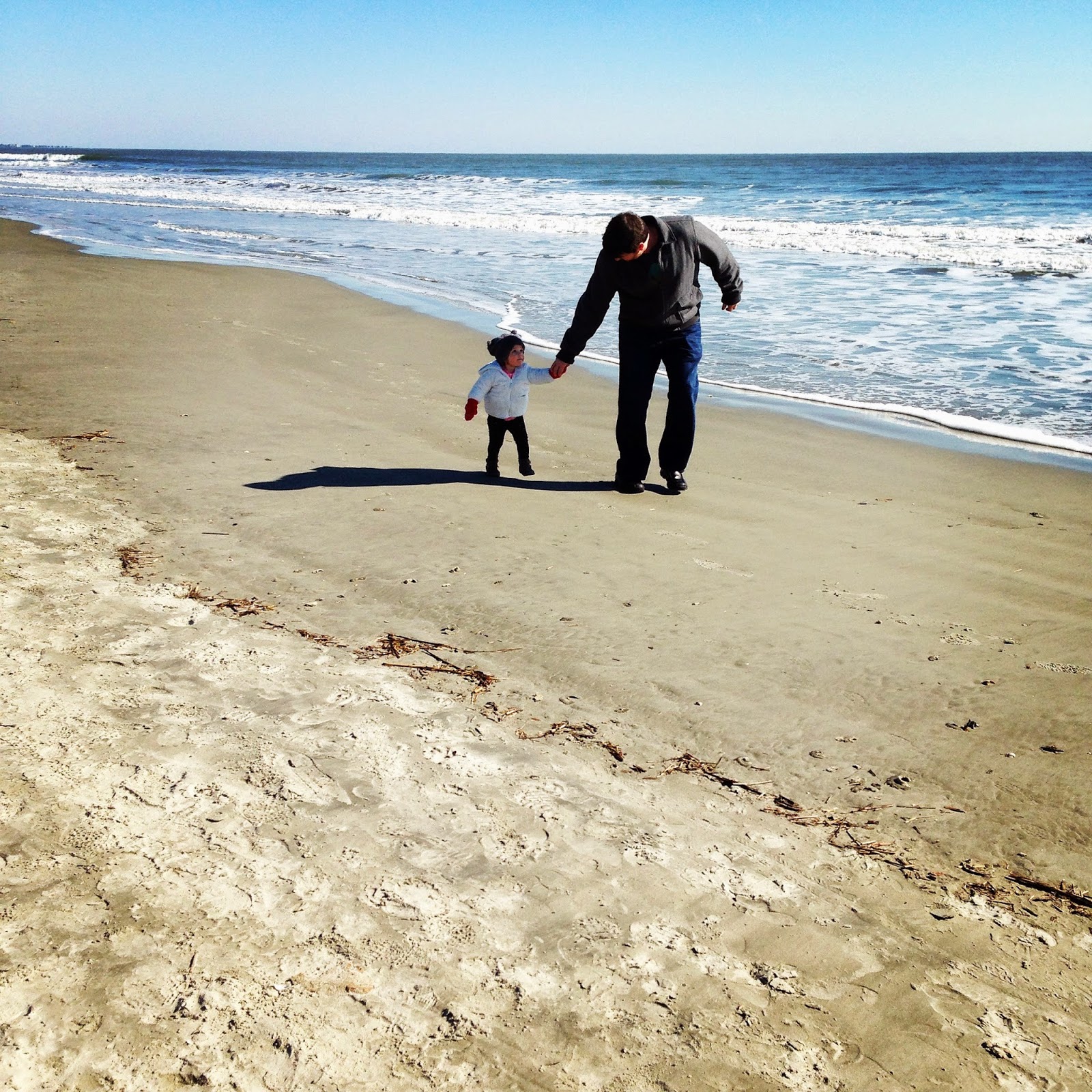 Of course this little one has been a huge bright spot this year.  She mostly overshadows all the hard stuff.  And makes it all worth it.  Those teeth... 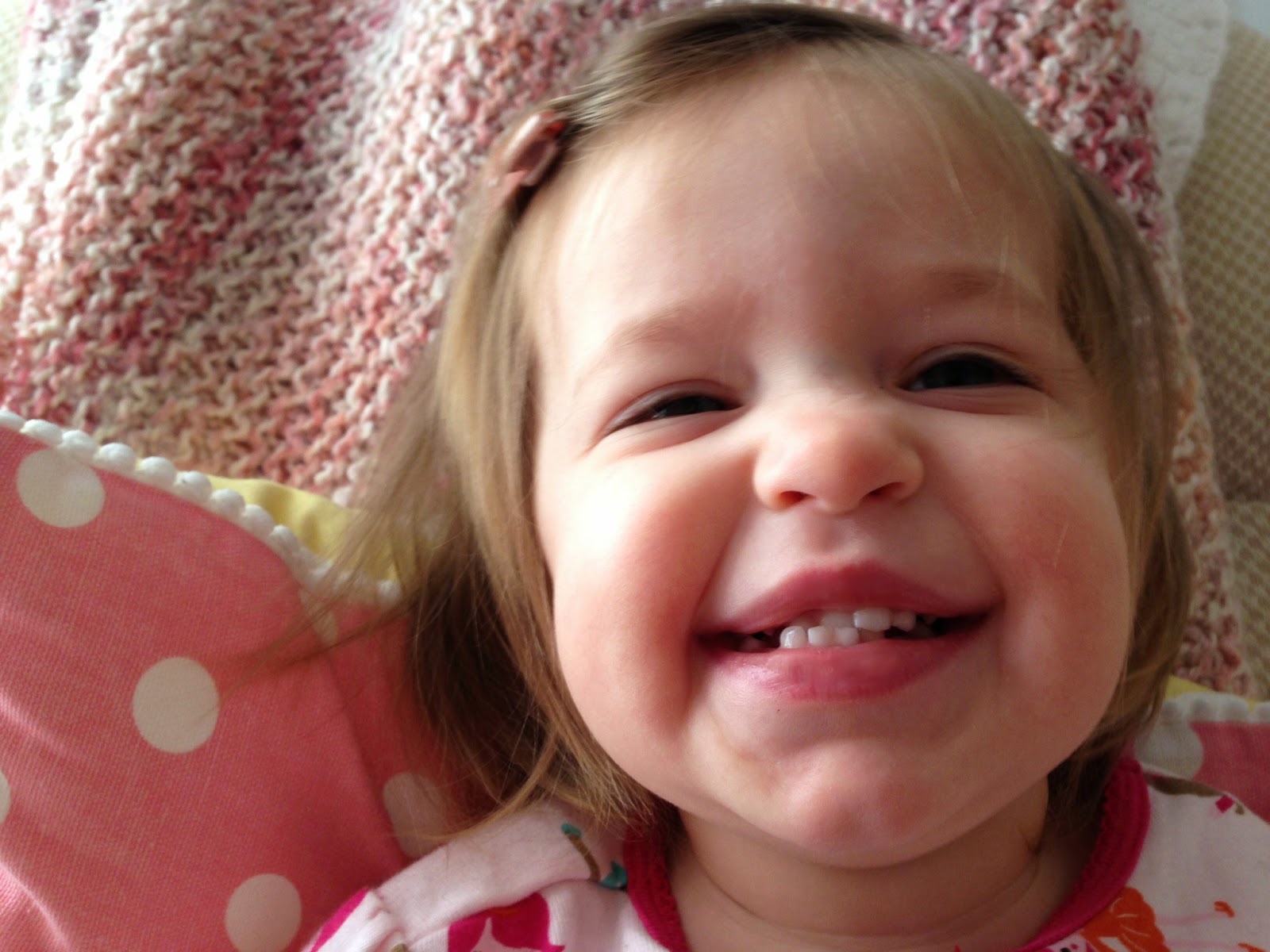 Anyway, this turned in to a rambling and deep post.  I so enjoy writing this blog even when posts are few and far between.  I've thought lots about whether I want to keep this space up this year.  And yes, I do.  I love the sharing, the connection with others and sense of community we have around here.  I love reading sewing blogs whenever I have a free moment.  It's like being a part of great big, bright and boisterous sewing club.  So thank you for reading, thank you for having conversations with me and thank you for sharing, too!  Here's to never ending bobbins in 2015.