Y'all.  My child.  Look at her.  She is figuring it all out.  Soaking it all up like a little sponge, making her own decisions and forming her own opinions.  I can't tell you how many times a day I hear, "No, I do it!"  It honestly is pretty awesome to watch most of the time.  However, not so much when this happens. 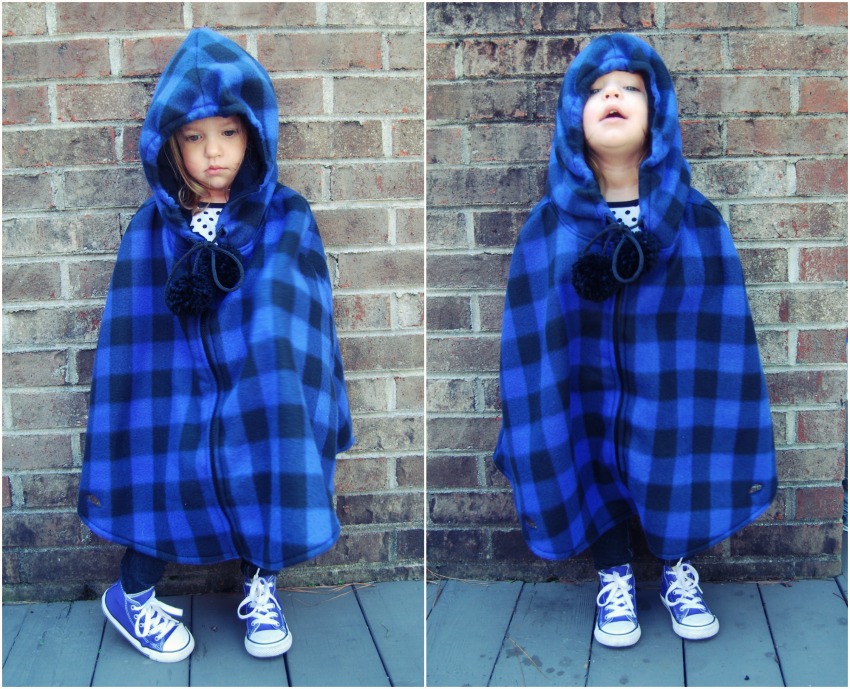 I made this really cute poncho using McCalls 6431 in a blue check fleece.  It's adorable.  I even made pom poms for the drawstring.  That's right, pom poms that I made.  I'm not sure why it's such a dud with her.  It's soft.  It has a hood.  Her response to it: "I no like it" and total refusal to wear it.  That was before even trying it on.  I took these photos the other day under heavy, heavy coercion.  And bribery with a tootsie roll pop.

The photos are hilarious.  I have snorted quite a few times while editing.  To be fair, the poncho is way big.  I think the main issue is that she doesn't know what to do with her arms, much like myself when I'm wearing my cape I made.  It's kind of like a toddler straight jacket.  If it was shorter so she could stick her arms out of the bottom (or if she was taller), it would work. Or maybe a poncho is just not a good idea for a toddler.  I made a size XS, which is listed as a 3-4.  And it definitely is.  She is wearing a 3T now in rtw, but just barely.  So I will put it away in the closet until next year.  Or possibly the year after when she's 4.  Maybe she'll change her mind about it by then.  She does like the pom poms. 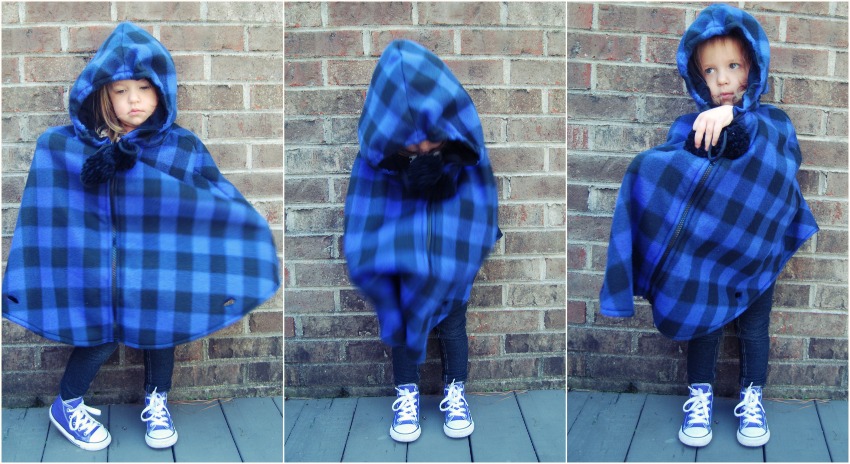 The pattern is really simple.  Three pieces- front, back and hood.  I did deviate a little and line the hood so I could sew a casing for a drawstring.  I used a scrap of bamboo knit for the lining.  I knew it would be nice to be able to cinch the hood in.  Also because I wanted to add pom poms all along.  I made them with my pom pom maker and some really soft black yarn.  Not sure how they'll do in the washing machine, so they are just tacked on to the end of the drawstring and can be removed really easily.  I'll probably try washing them once just to see what happens.  I added two button holes at the front of the hood where I sewed the casing for the drawstring.  I did that before I sewed the lining to the hood.  I also made the button holes at the bottom of the poncho per pattern instructions but they are pretty crappy in fleece.  I should have stabilized them with something first.  They flop open and slip off the buttons easily.  I think I'm going to sew the button holes shut and sew snaps instead.  I'll just sew one of the buttons on top to cover up the button hole.  However, no rush since she's not likely to wear it any time soon. 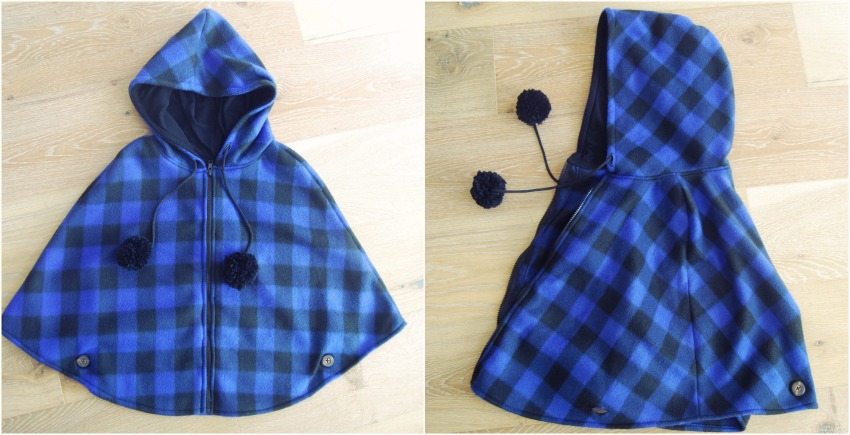 She is a trip.  She's almost two and half and full of personality.  This picture below is me threatening not to give her the tootsie roll pop unless she smiles.  Cute little pattern.  I recommend it.  I actually am a little jealous of this poncho and would like something similar for myself.   I've been plotting one, maybe in some grey sweatshirt fleece.  Would that be ridiculous??? 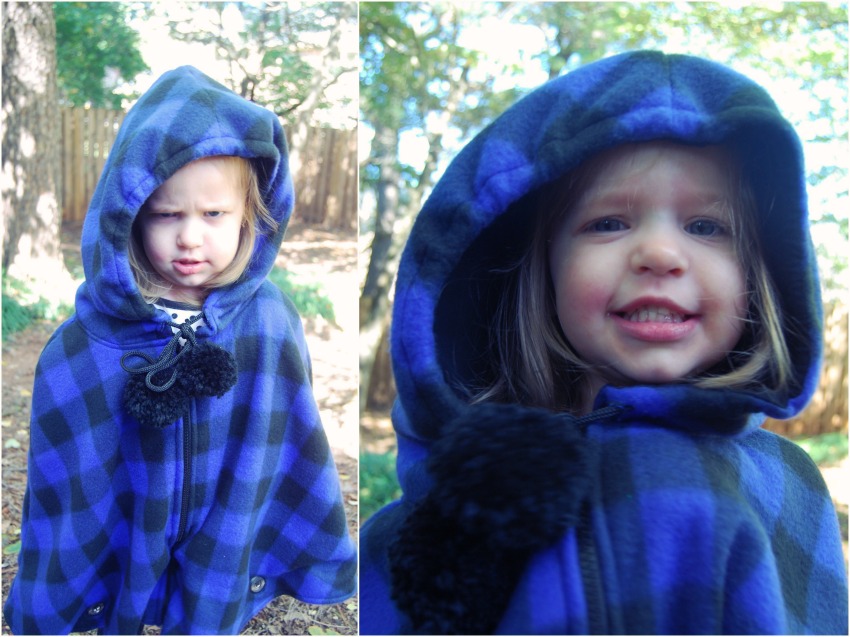