A Cowl, a Scarf and a Tee 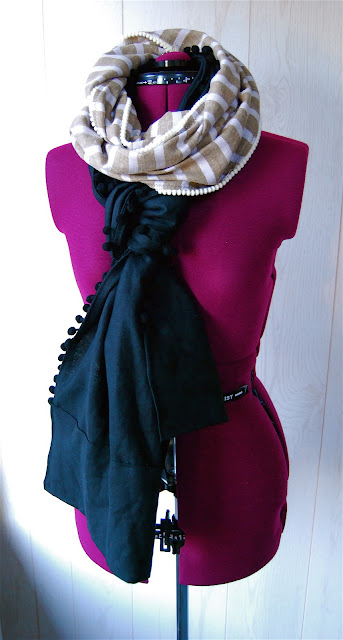 I had no idea what to title this post, so I went for something creative ;)  This is just a random mix of things.  I finished a couple of projects I had intended to complete during Self-Stitched September, but we all know how that goes.  Just some basic, easy pieces.  Things I plan to get a lot of use from. 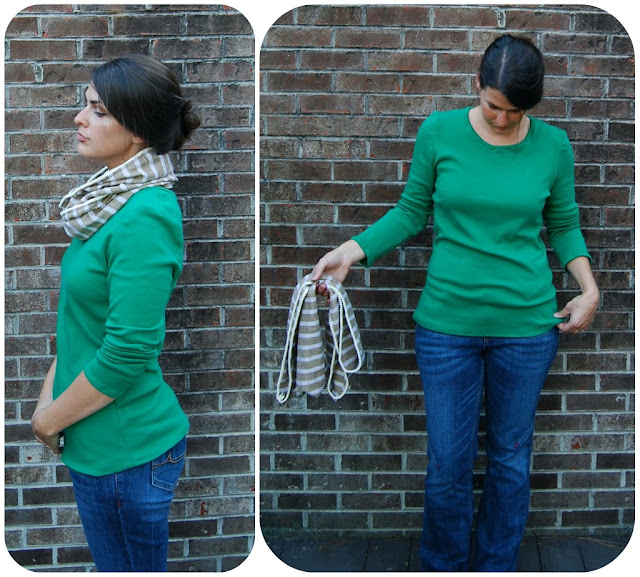 The green tee is another version of my beloved Burda 2-2011 long sleeve tee pattern.  This time I stuck with the long sleeves.  I've lost count of how many times I've made up this pattern!  I realized during SSS that the easiest items for me to wear to work are knits. I used a pretty green, beefy interlock I had in my stash.  I noticed that this version seems to be a little slouchier than previous versions.  I think it's because the interlock is a cheaper quality- not as much recovery.  I scooped the neck out a little. 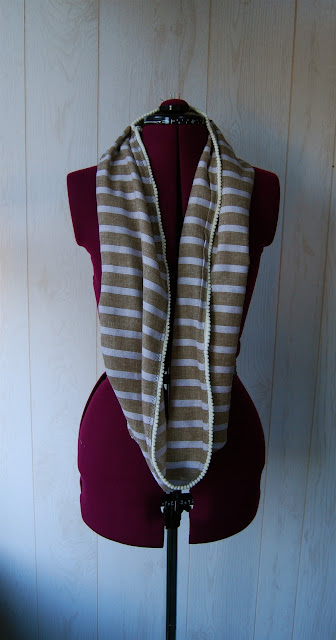 I've had my eye on a silk pom-pom scarf in the Garnet Hill catalog for a while now, but $178 is an insane amount for a scarf.   So when this tutorial from the purl bee popped up in my reader, I knew I had to make it.  Stat.  I had the linen in my stash but picked up the pom-pom trim.  What other situation is it okay for an adult to wear pom-poms?  I love it.

The cowl is pretty self explanatory.  A long rectangle connected at the ends.  But I thought the method of making a double fold on the edges to insert the trim in to was pretty ingenious.  I used a wide zig zag stitch instead of edge stitching. 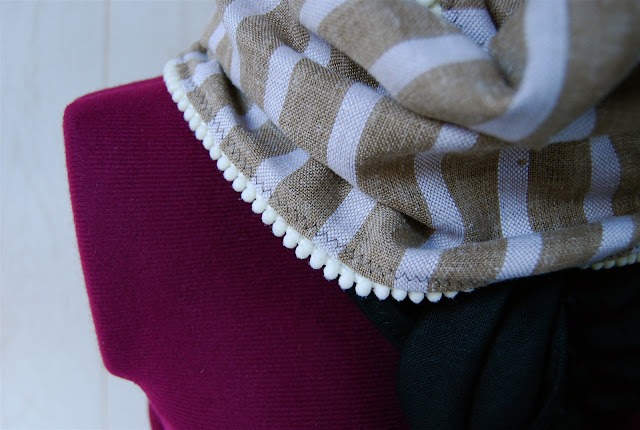 I used a super sheer linen for the striped version, much like the tutorial (which was really wiggly and hard to sew, btw).  The black version is a leftover remnant, medium-weight linen from my pintuck blouse.  When I connected the ends I realized it was too bulky.   I added the border pieces on the ends to make it longer and called it a scarf.  I love that it's wider.  I can use it as a shawl, too. 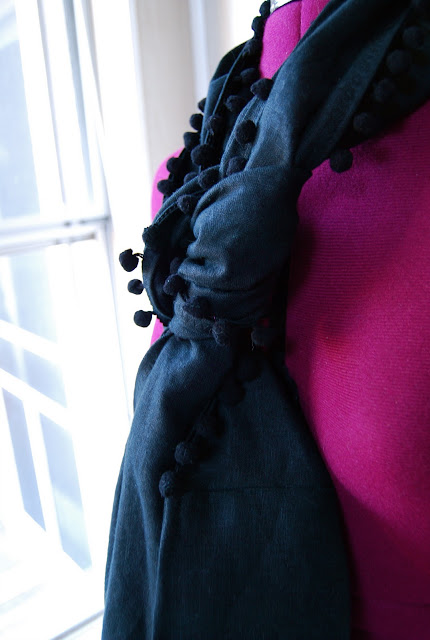 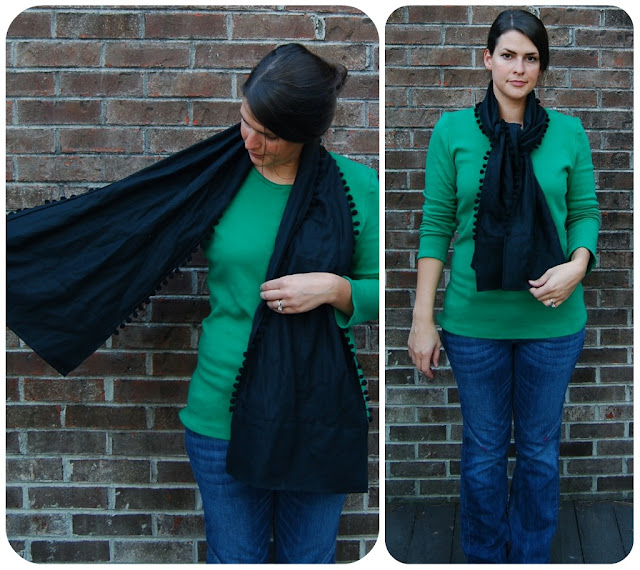 There it is.  Exciting stuff, huh?