I made a skirt.  I couldn't come up with a more creative way to introduce this post, so there it is.  I sewed a skirt. 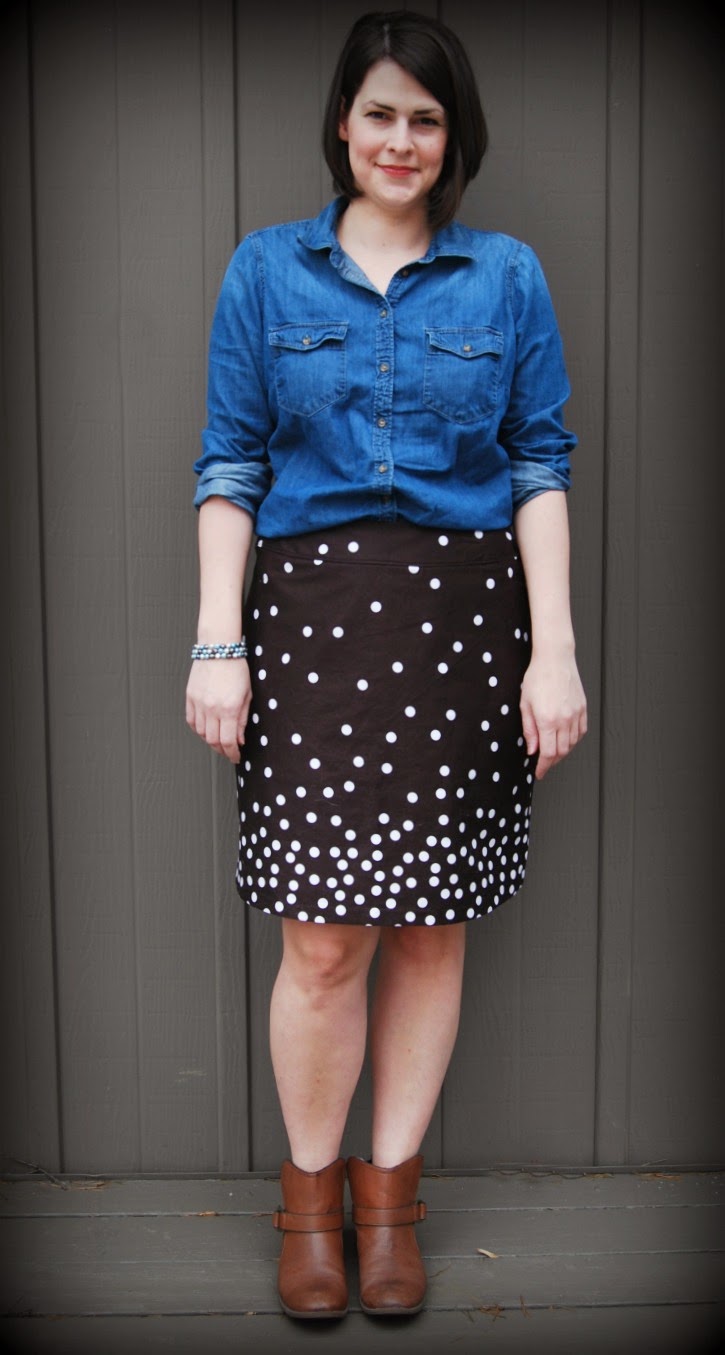 Holy cow that's some pasty skin.  Spring is arriving in my neck of the woods but I've yet to be out in the sun.  I am pretty pleased with this particular skirt, mainly because the fabric is special to me.  The fabric was given to me by Carolyn of Diary of a Sewing Fanatic.  She sent me a box of fabric after pledging to give away some of her stash.  I wrote at the time that Carolyn sensed I needed a pick-me-up but I don't think I've ever told her the whole story.   Carolyn emailed me about sending this package the same week that J was being diagnosed.   During that terrifying week where we knew that he had some form of cancer, we just didn't know exactly what type.  I was driving back and forth to the hospital trying to take care of him as best I could as well as a three month old baby.  It was insane.  I have to say, that was the worst part of the whole ordeal- the unknown.  The email I got from Carolyn was just the pick-me-up I needed.  It was a little slice of kindness and normalcy that I really needed at the time.  It sounds silly, I know.  It's just fabric.  But I really needed something positive right then at that exact moment.  And who wouldn't be excited about free fabric?  Am I right, or amiright?

Ok, so enough of the sappy stuff.  I want you to know that I am most definitely NOT a sentimental person.  But our crazy life experiences have changed that about me a little bit.  As they would anyone.  So yes, this silly little piece of fabric is very special to me.  I decided it was high time to sew it up.  I planned on finishing this skirt in time for Sew Grateful week, but you know how time management goes with a baby... 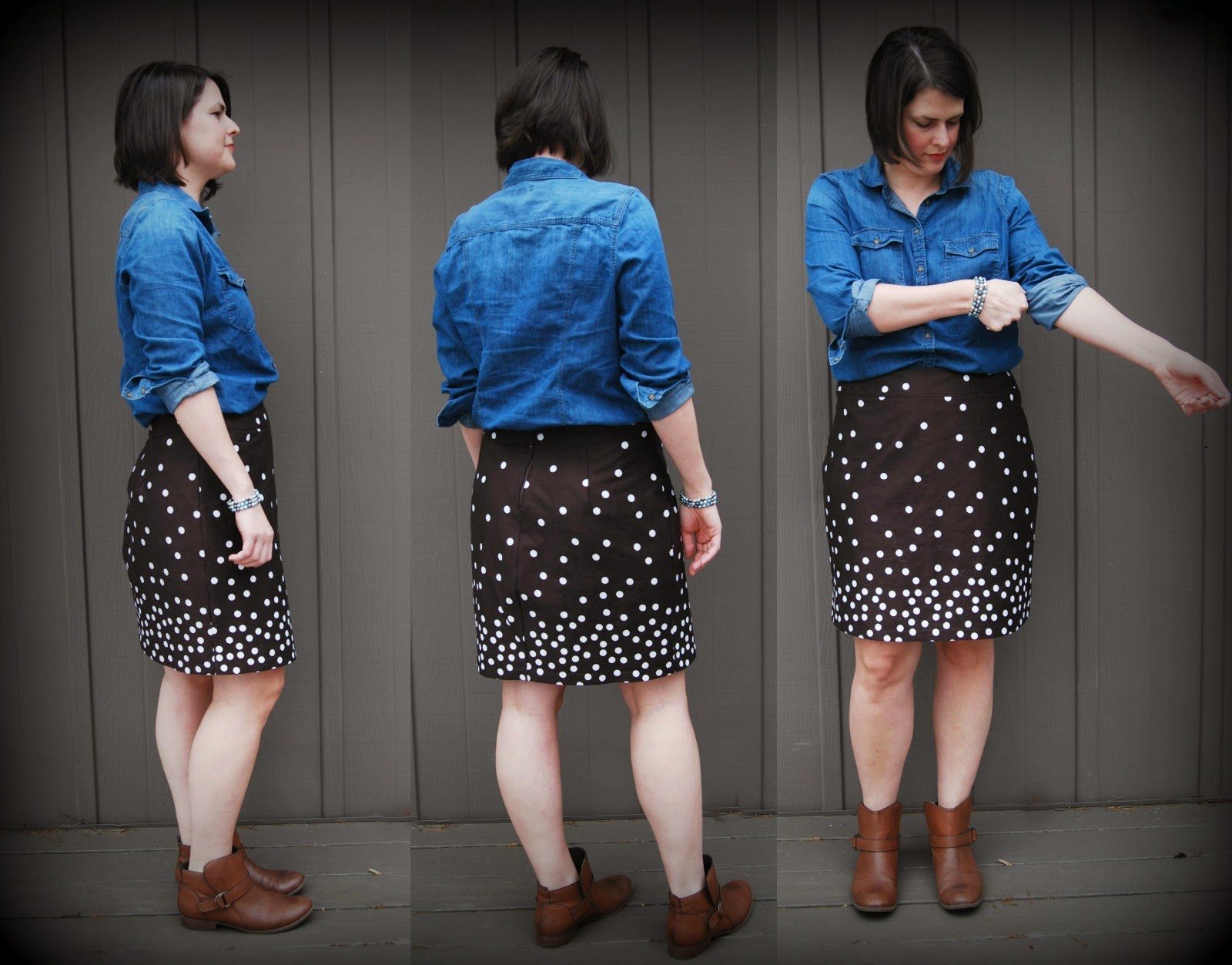 I originally thought this fabric was black.  I kept looking at and thinking that there was something strange about the color.  I finally saw it next to something black and realized that it's not black.  It's a super, super dark brown.  Like dark espresso brown.  That made me like it even more.  I decided I wanted to make something simple with it to focus on the fun border print.  I went for a skirt since I can't wear any of my old handmade skirts anymore.  I'm not sure I'll ever be able to either.  I am back down to pre-pregnancy weight (ok, well, close enough... :D) but my mid-section is most definitely not the same as it used to be.  So some new skirts are in order.  I need to quit harping on the post baby body issues, but it's just so weird to me.  That so much can change in such a short amount of time. 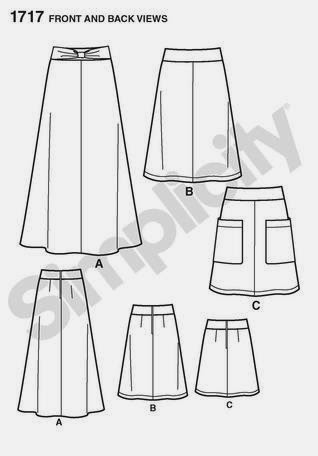 I used this a-line skirt pattern, Simplicity 1717.  I went up a size from what I used to sew.  Since I can't be sure of any alterations I need anymore, I decided to follow the "amazing fit" instructions where you baste everything together and then check the fit before you rip it all out and sew up the skirt.  I did all the basting, tried it on and.... it fit. Ha. It fit well enough for me not to worry about any alterations. That's the way it goes.  I did err on the side of being too big which I think contributed to the issue I talk about below. 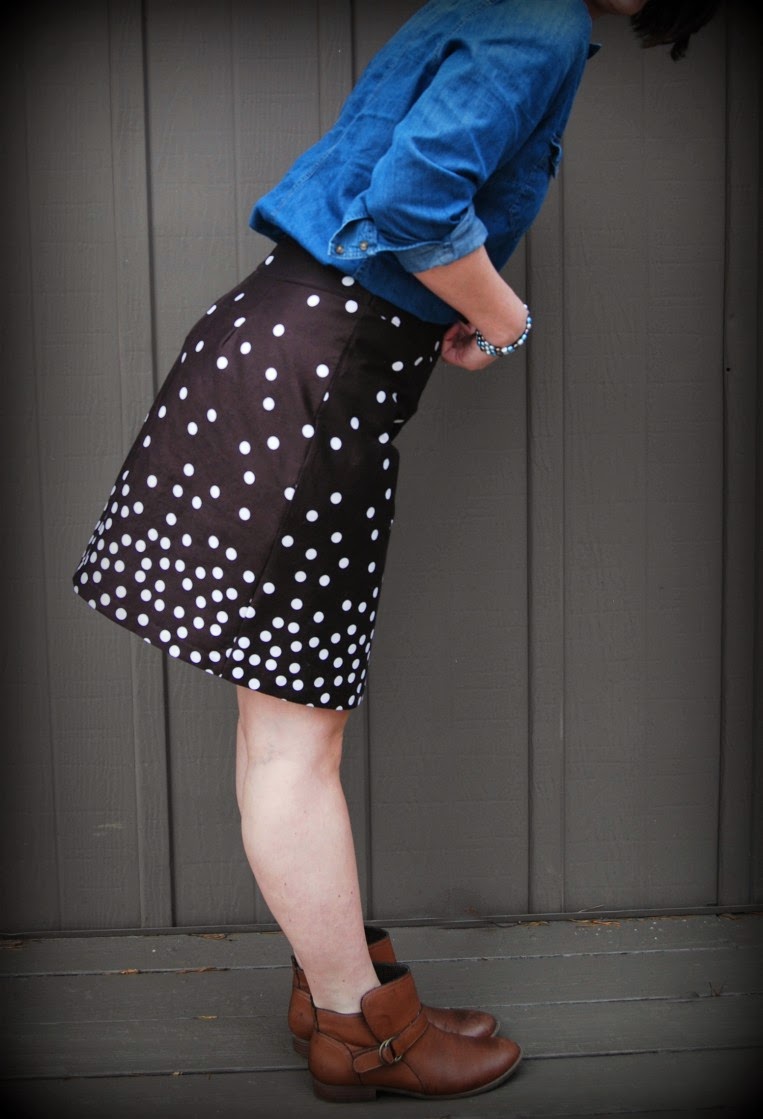 I bet you are wondering why my skirt is not very a-line if I used an a-line skirt pattern.  I finished this skirt one night last week and was really excited about wearing it to work.  It's just the sort of skirt that fits my job description.  It's easy and casual but looks a little more put together than wearing corduroys and a tee shirt.  I put it on in the morning and went about a my routine.   I started to notice that if I bent over I felt a draft.  Like a major breeze.  The skirt pattern is a very exaggerated a-line.  I love the fabric I used but I'm not sure it was exactly right for the pattern because it is so stiff.  So when I bent over the back lifted up like one of those cones you put on a dog when they have surgery.  That's the best way I can describe it.  It was quite comical.  Not the sort of skirt I want to wear when I have little kids sitting on the floor underneath me.  So I had to reduce the sweep of the hem.  I undid my beautiful hand stitched hem and took out almost five inches of sweep from the side and center back seams.  I got rid of the front seam when I cut out the fabric so I didn't break up the print there.  But I wish I had left it in because that would have helped when I was reducing the sweep.  As a result, the front flares out a bit more than the back.  So the final shape of the skirt is kind of weird.  Would you call it straight?  Tulip shaped?  I don't know.  It's a little off.  It still has a little bit of the dog cone effect (see above), but nothing like before.  It'll be nice and breezy for summer :) 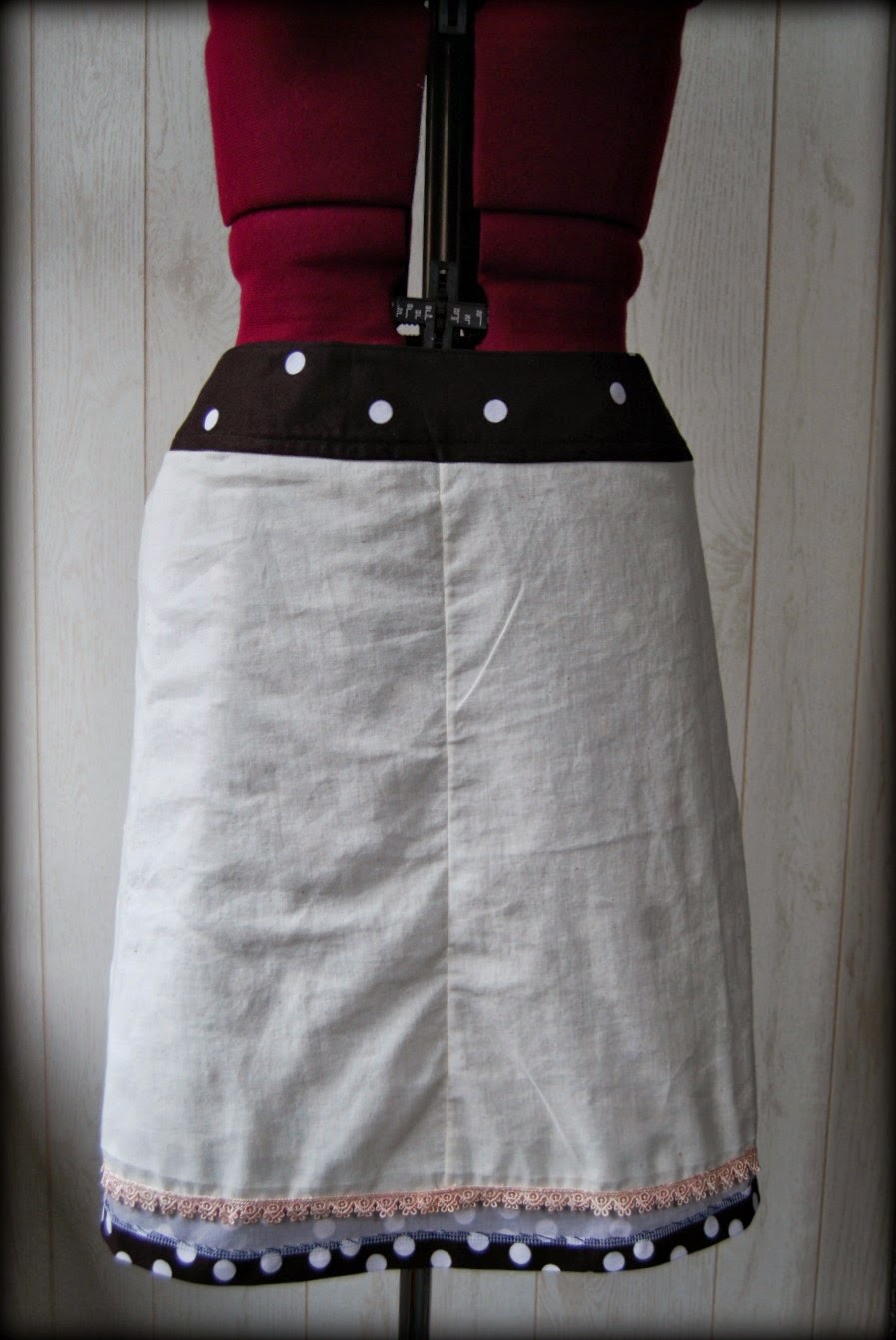 I lined the skirt in muslin.  The skirt pattern does not include a lining.  I just cut the skirt pieces and sewed them to the yoke facing.  I'll definitely do that again if I make this skirt pattern up again.  The lining makes it feel a little more polished.  Nothing like a pretty lining to make your handmade makes special.  I went with muslin to keep it cool for summer.  I put in a regular dress zip by hand and slip stitched the hem (not invisibly).  The finish is pretty nice on this skirt if I do say so myself.  I still have quite a bit of this particular fabric left which I'm thinking I want to make in to a pair of shorts. 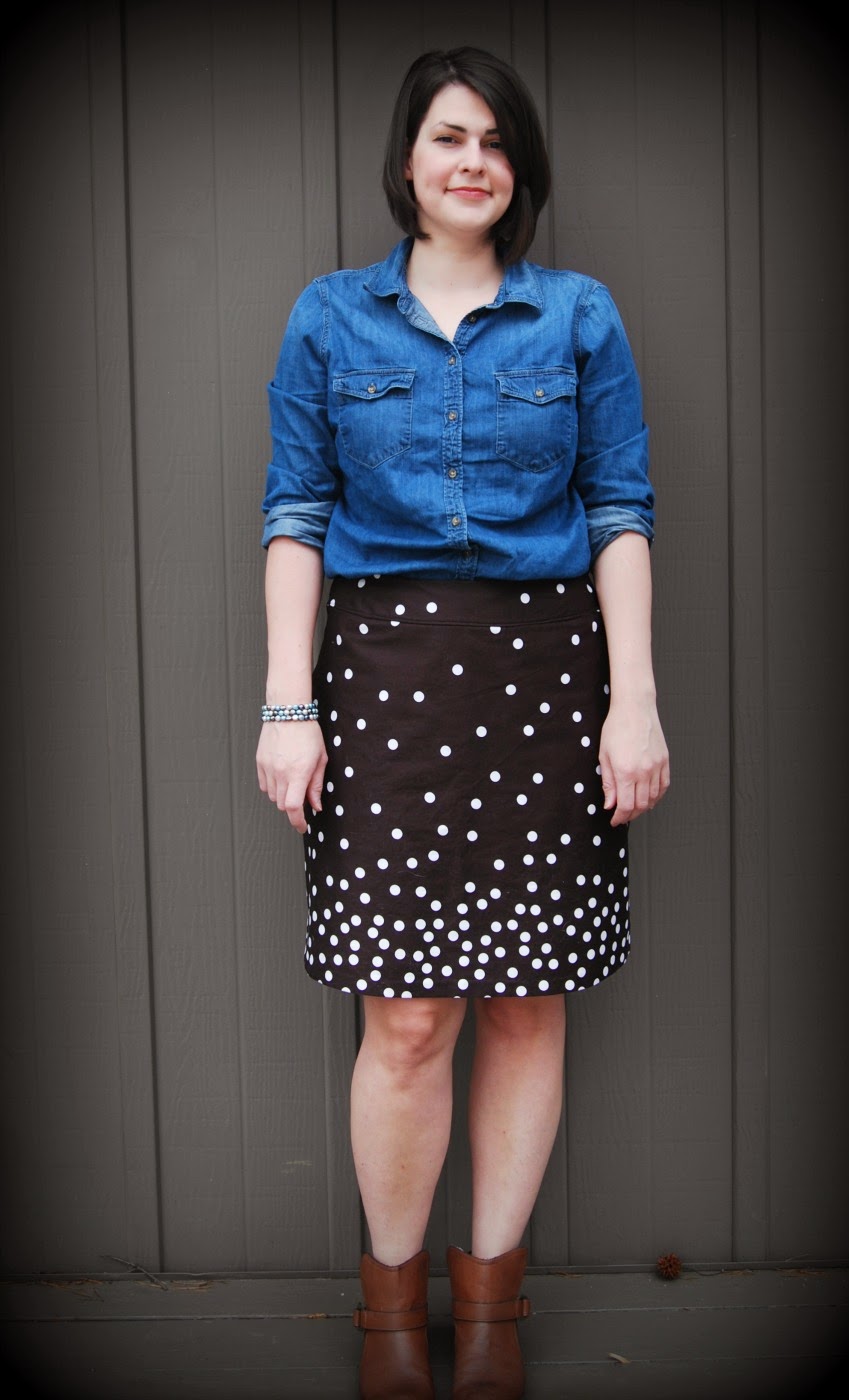 I definitely want to make this skirt pattern again in a fabric that has a little more drape.  This was the knee length hem shortened a couple of inches.  If I make it again I may go for the short length with the patch pockets.  The curved yoke is a nice feature.  All in all I'm really happy with the skirt and I know it will get worn to death.  Thanks so much Carolyn for taking the time and effort to send me such an awesome, awesome package.  It was exactly what I needed :) 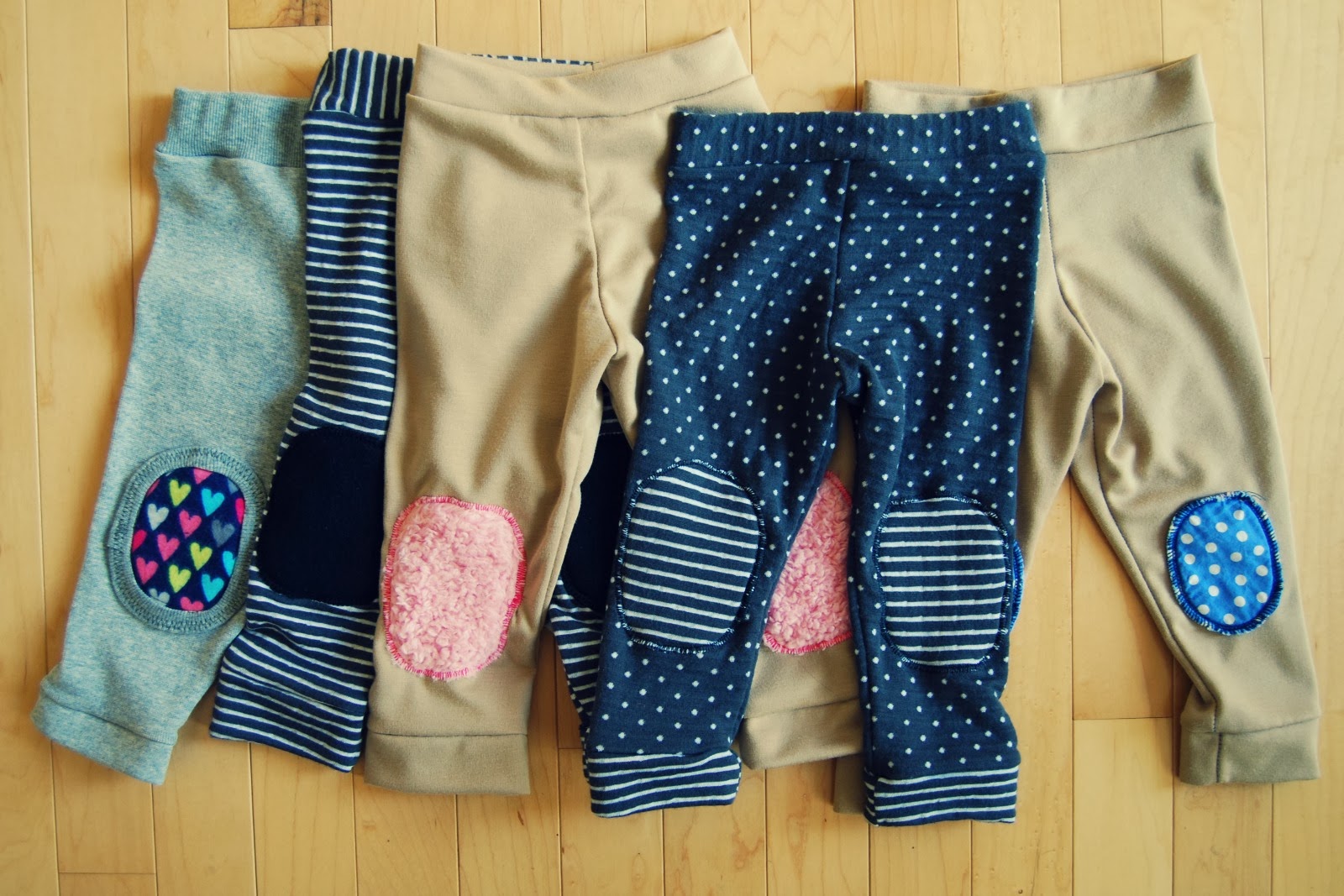 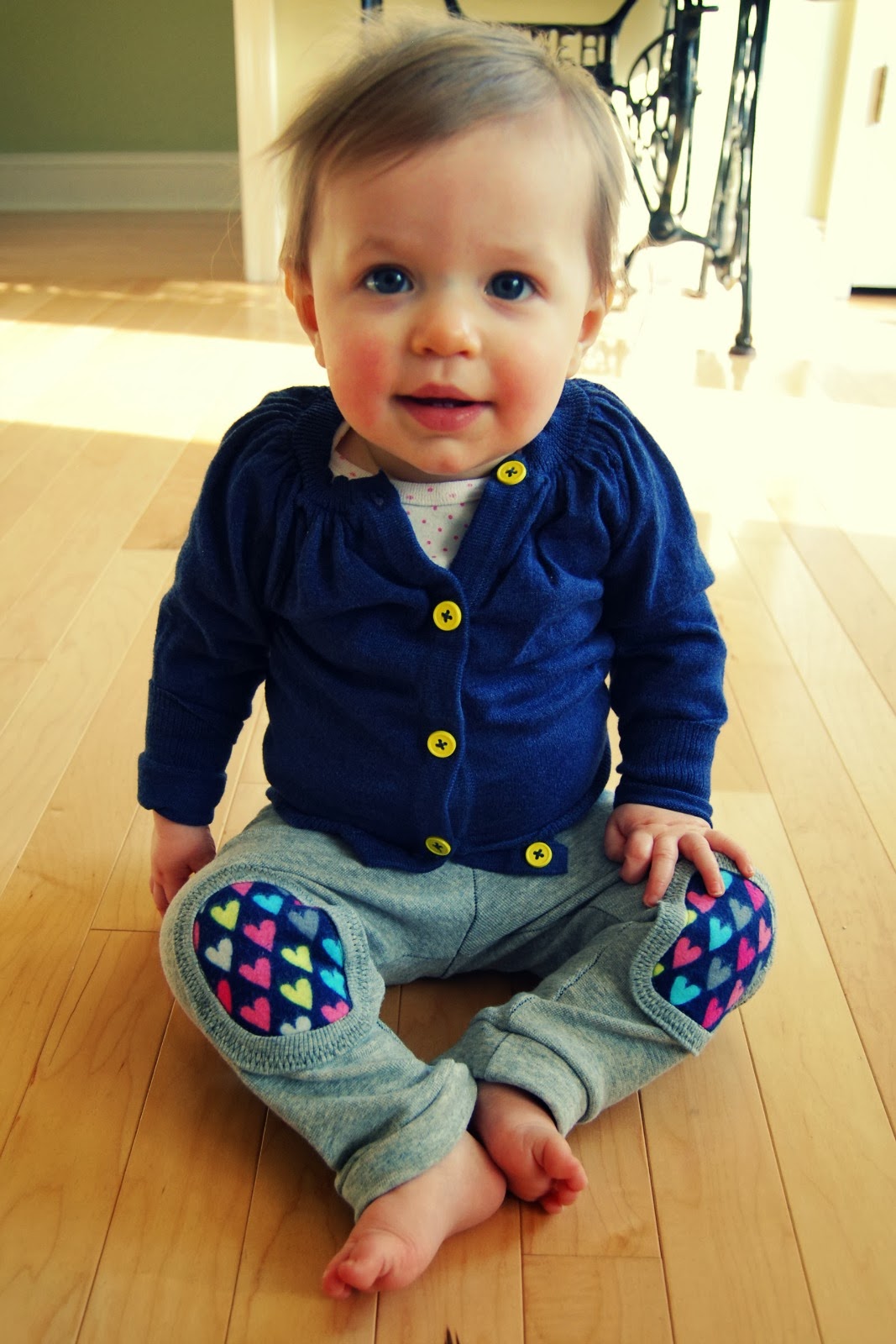 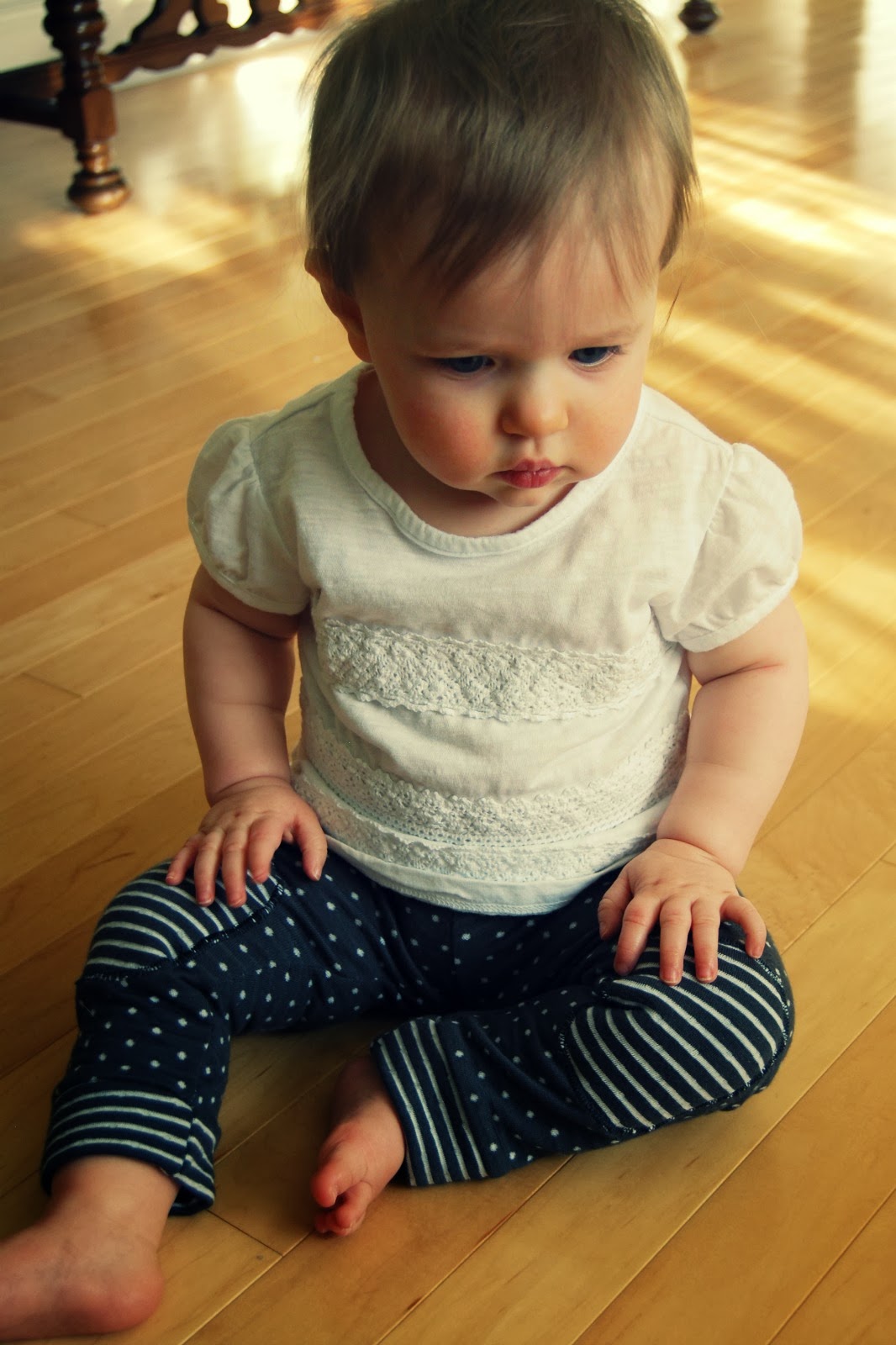 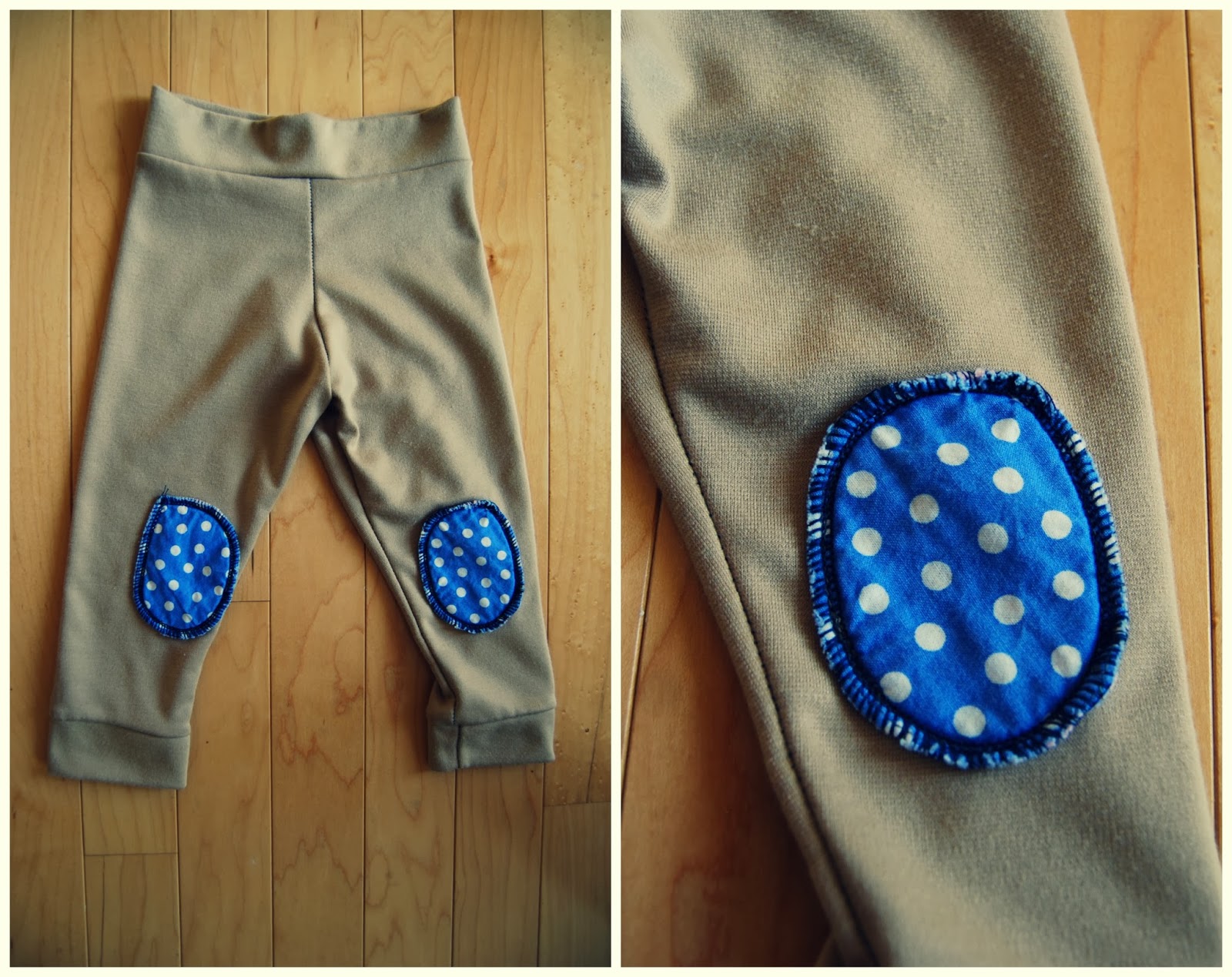 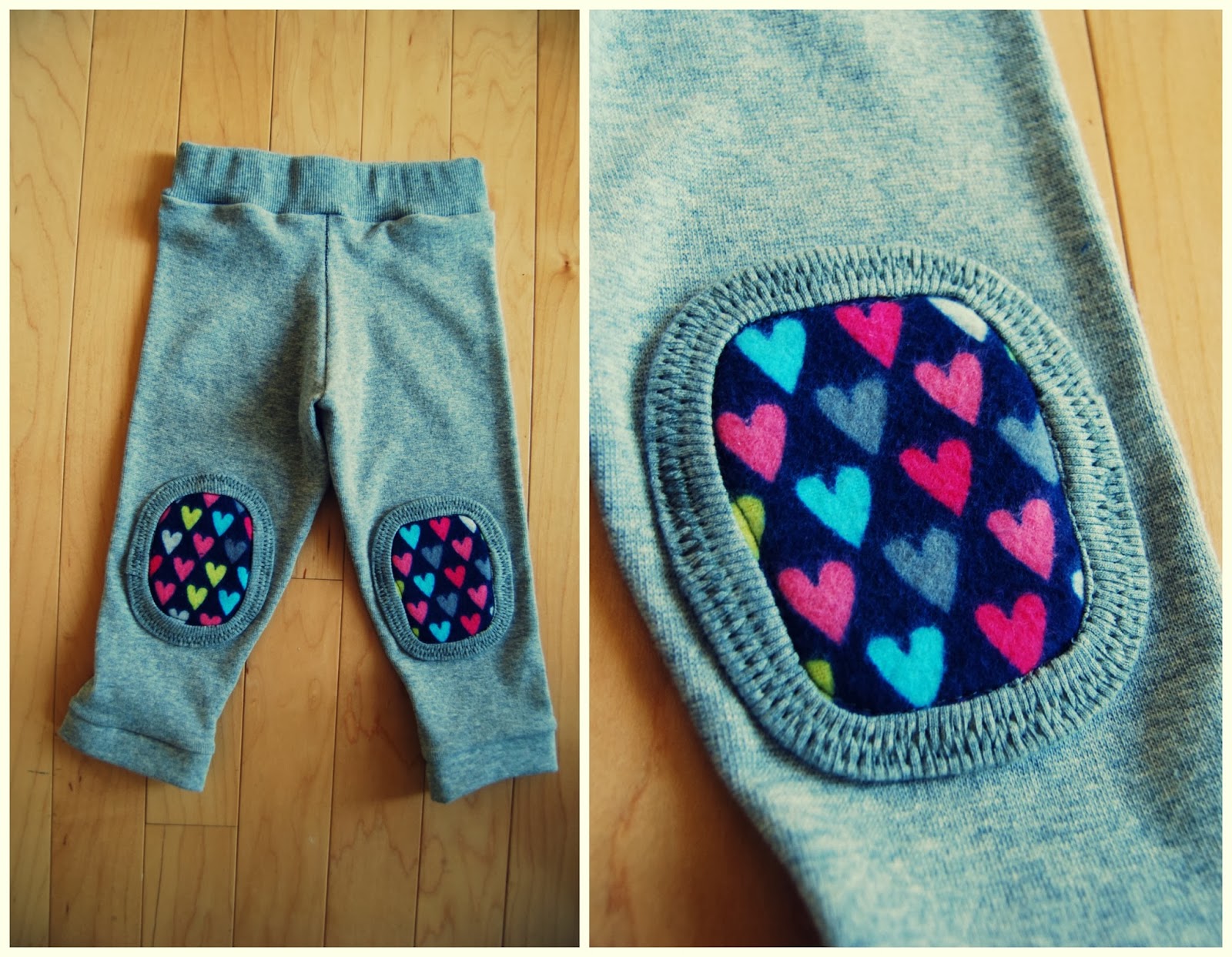 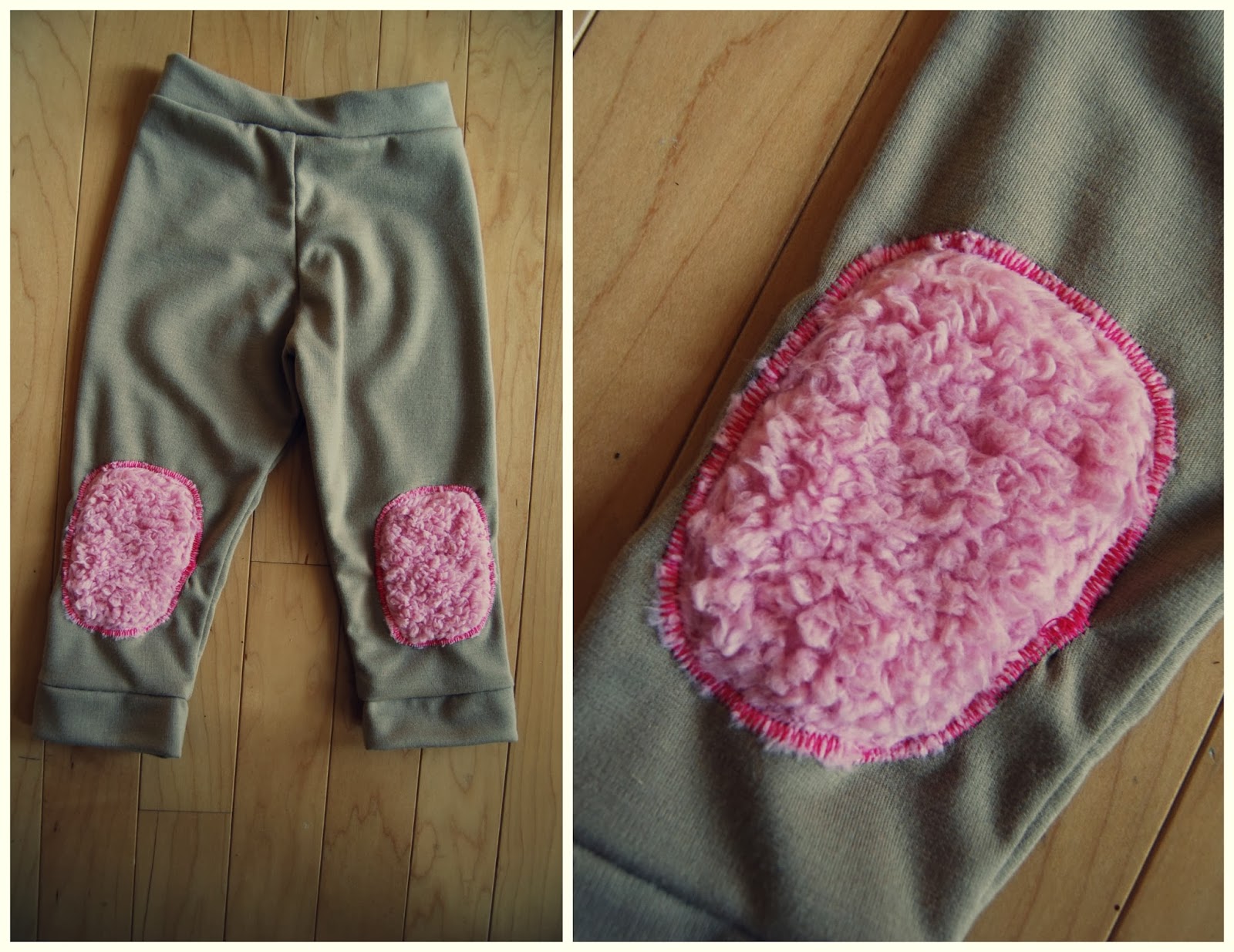 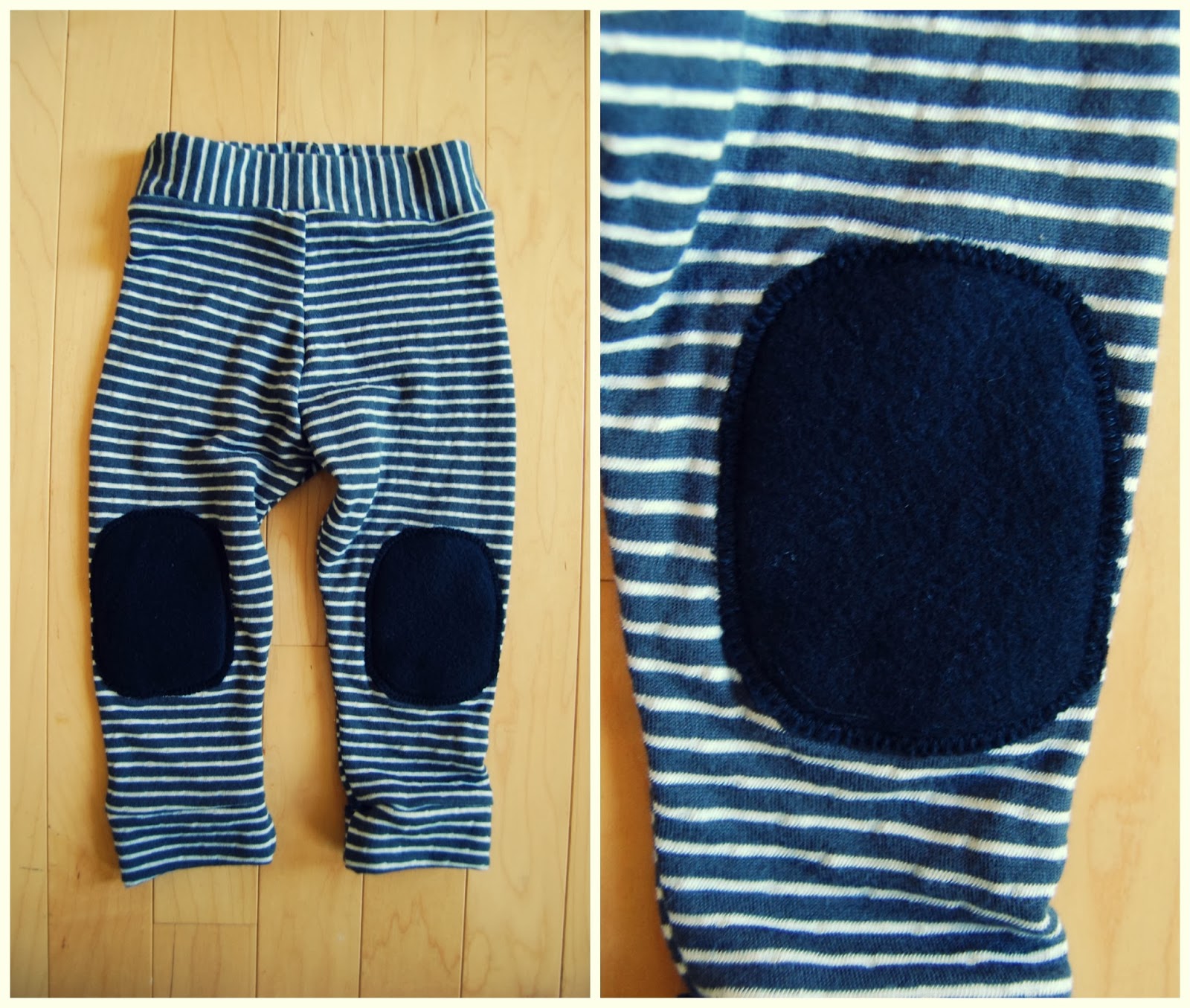 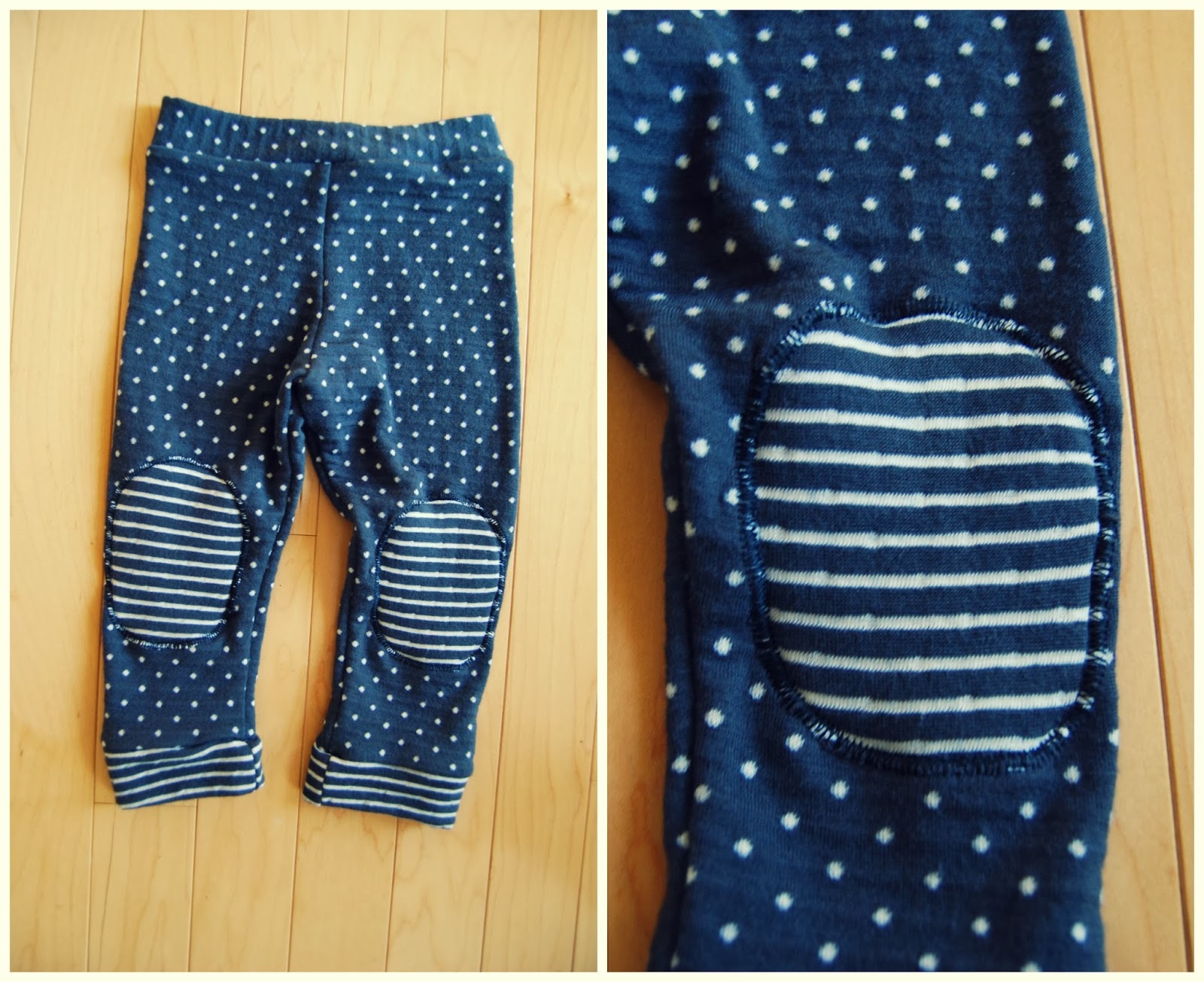 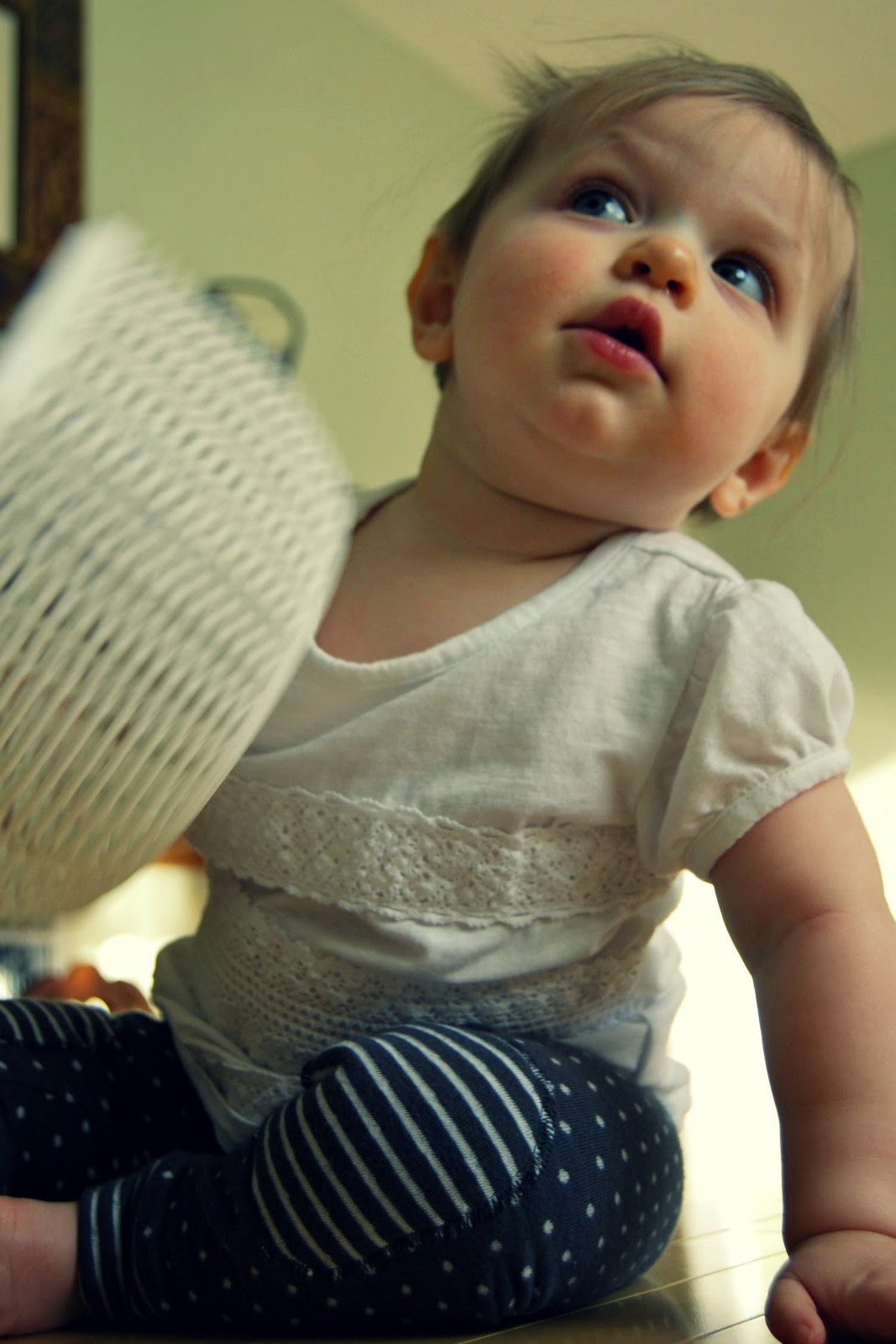 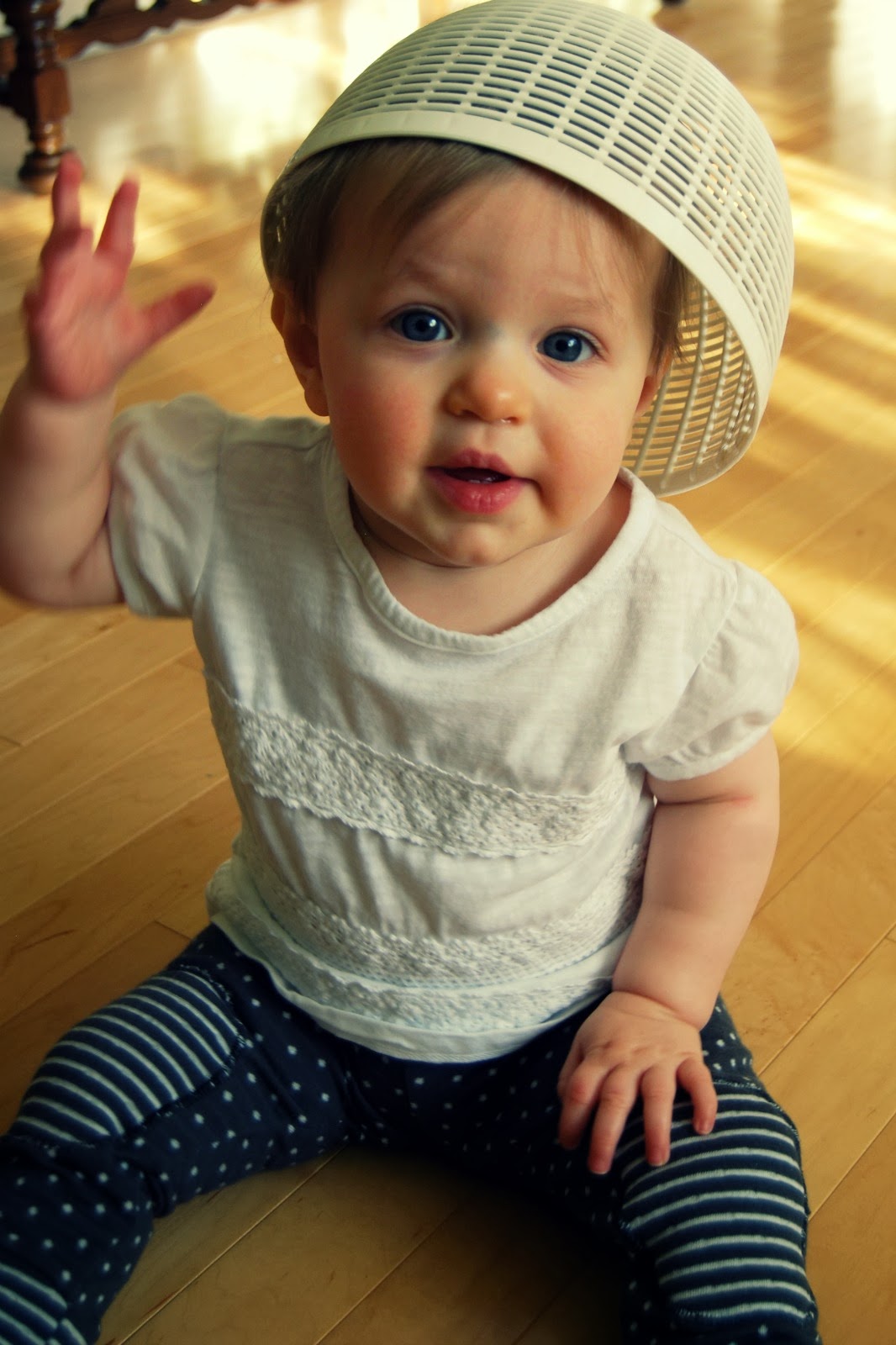