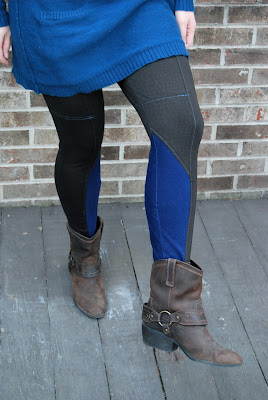 I love that, to you British folks and Aussies* out there, pants are actually underpants.  That makes me giggle when I write the word pants now.  But "fancy trousers" just doesn't sound the same as fancy pants.  So, fancy pants it is.
I thought these pseudo riding pants/leggings would be a good introduction to making real pants.  My main sewing goal this year is to make pants that fit.  I've made one pair before, Vogue 8604, but with the wide leg and long crotch I didn't have any fitting issues.   I don't know why I've been so scared to try making other pants thus far.  Maybe because they are the most difficult thing for me to find (that fit) off the rack.  I've been reading Pants for Real People which has given me some insight in to why that is.  It's embarrassing, but I'll write more about that another time. 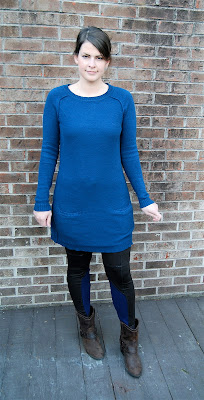 Anyway, I used McCalls 6173 as my starting point.  I used version A with the mock fly and waistband.  I thought it would be good practice for later on in my pants sewing adventure.  I looked at a lot of different styles of riding pants and the various seaming details.  I've always liked the way riding pants looked.  I think actual equestrian pants have patches on the inner leg for reinforcement.  I chopped my pattern up in to pieces and then sewed them back together again to fake the same look.  I did it all using the highly technical method of holding up a measuring tape to my own leg and guessing.  It worked!  I love it when that happens.  Here's a photo of how I divided up the front and back sections.  The seam above the knee was made after I sewed everything together.  I added some length to compensate for this seam on the original pattern pieces. 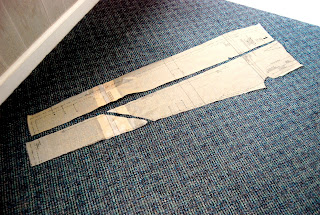 Initially I wanted to use flat felled seams.  I sewed one front section together and it looked horrible.  It was almost impossible to sew a perfectly straight seam on the fabric I used.  I took it apart and sewed the seams together normally.  Then I pressed the seam allowances to one side and top stitched.  Not as beautiful on the inside as I would have liked.  The blue pieces are corduroy.  The body of the leggings are made of something called a ponteroma knit from Hancock.   Just a double knit, I believe.  It has a subtle pebbly looking print on it.  In hindsight, I should have used a knit with more recovery than a double knit.  Something with spandex or lycra.  The double knit gets a little wrinkly and baggy at the knees after some wear. 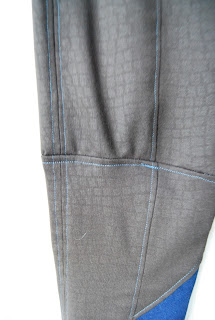 The mock fly was a little confusing.  I think the dreaded fly front is what scares me the most about making pants.  Things are put together backwards from the way I think they should be.  It doesn't quite make sense to me.  I know it will take some practice to get it right.  I actually have another pair of pants, a UFO from almost a year ago, hanging in a closet because I couldn't figure out the instructions for the fly front.  How similar is a mock fly to a regular fly front?  Just curious.  I do like having the mock fly on these because it makes me feel like I'm wearing actual pants, though they are just glorified leggings. 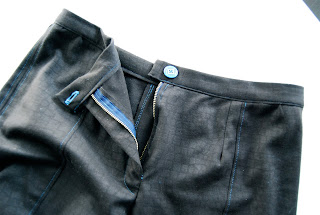 I'm pleased with how they turned out.  They look good under several different tunics and dresses that I already have.  I may even make another pair in a more appropriate knit.   Fancy pants, indeed! 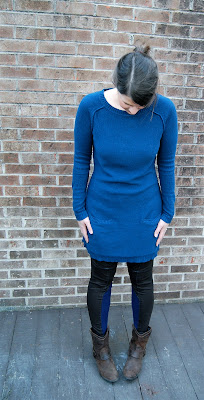 * You will also think it's hilarious that in South Carolina our state dance is called The Shag :)