Give It Away Now

If you can make it through this post,  you'll be rewarded with a giveaway.  This is like a blog obstacle course of randomness.

First up, look at this crazy beetle. 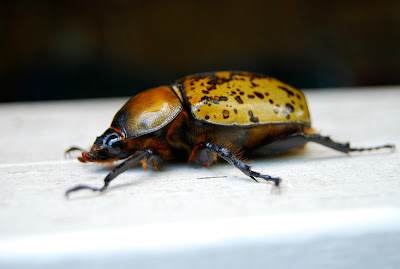 The photo doesn't do justice to the size of this thing.  It was huge.  J found it at work.  He scooped it up in a plastic cup and covered the top with a napkin and rubber band.  His work commute takes an hour.   During the car ride home, the beetle ATE THROUGH THE NAPKIN AND ESCAPED.  That's like my worst nightmare-- having a killer beetle loose in the car with me when I'm unable to pull over.  Anyway, he put it in the cup holder and closed the lid (lucky there was a lid) and was totally excited to show it to me when he got home.  J, I love you, but I don't share your excitement for big scary beetles.

Moving on.  So I'm on summer break.  Hands down the biggest perk of being a teacher.  I've actually been off for two weeks now and I've done nothing.  Absolutely nothing.  I spent the first week of summer growing moss on the couch watching HBO on demand.  I only took breaks to go outside and water things.  What is it about too much free time?  I've turned in to a sloth.  I think I do better when I'm really busy.   I know, I know.  You can roll your eyes at me. 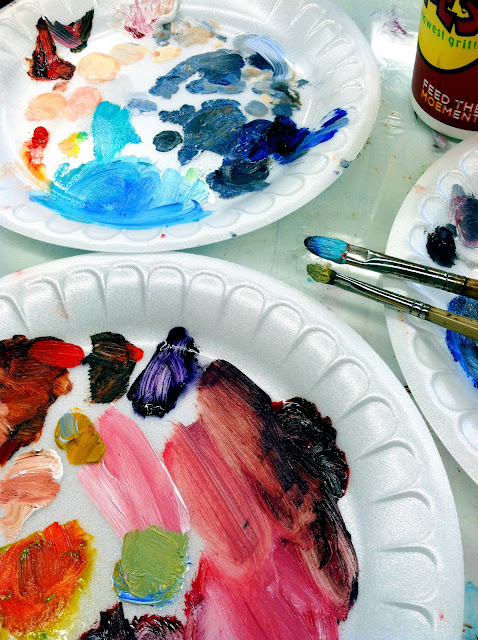 I've been better this week, though.  I am taking an oil painting class in the afternoons.  It's been a few years since I've taken any sort of art class.  I am really enjoying it and soaking it all in.  I think I may even be motivated to begin a painting that's been in my head for awhile...

Speaking of sloths, have you seen this baby sloth video?

There are actually several clips of those baby sloths doing different things from an Animal Planet TV show.  They may just be the cutest baby animal ever.  I'll fight whoever disagrees.   I am seriously contemplating saving money to go to Costa Rica just so I can go that sloth sanctuary.  Watching baby sloth videos is another byproduct of too much free time.

And finally, the end.  You've made it to the reward.  It wasn't all that random, was it?  I thought I did a pretty good job of linking it all up.

My friends, I am an idiot.

I hurried off to Hobby Lobby the other day for their Simplicity pattern sale to buy 1880 for Sunni's sewalong.   I bought another pattern, too.  Only I came home and discovered that I already bought both patterns a month ago.  So I want to give them away, both as a single prize.  They are both the upper size range, 12-20 I believe, uncut and in factory folds.  I didn't want them to be unused and unloved. 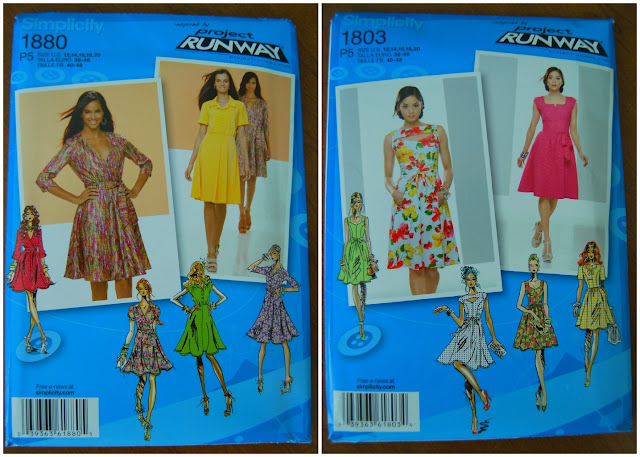 No rules to this giveaway.  Just sharing the love.  Actually, I hope someone wants them.  I'll feel silly if no one is interested.  I've never done a giveaway before yet I've really enjoyed winning other people's giveaways.  I shouldn't be so selfish.   Leave me a comment with your email address if it's not already attached to your profile.  I'll randomly pick a winner on Sunday, June 24th and email the winner for her address.  I'll mail it as soon as possible in case the winner would like to keep up with the sewalong.   I'll send it anywhere in the world.

And if you can tell me a baby animal that's cuter than a baby sloth, I'll throw in something really spectacular.  Something truly extraordinary.  Something that will make you the envy of the neighborhood.

You're very own scary beetle!
Hopefully it won't eat through the envelope. 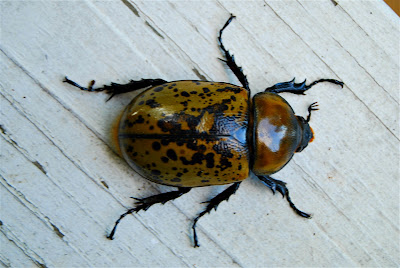 Just kidding.
We set it free in case you were wondering.

New comments are not allowed.