Ok, I just have to say- holy cow, that was fun.

That was a wildly successful giveaway post, mostly due to it being posted on A Fashionable Stitch.  (Thanks, Sunni!)  I was worried that I'd hear crickets when I hit publish the other day, but I had a hundred comments.  How cool is that?  Fun stuff.  J thinks it's funny that so many people around the world have now read about the beetle.  And baby sloths.  The internet is a crazy (and fun) place.  I've been google searching all the baby animals you guys mentioned all weekend.  I have to say, baby llamas are pretty darn cute.  And, of course, puppies.  I have to concede to puppies.  Ok, well all baby animals are cute.

Anyway, let's get down to business.  Originally I was going to put everyone's name in a hat and draw one out, but...  Instead I did the old random number generator.   The screen shot is kind of silly, but here it is anyway.  I excluded two because one commenter didn't want to be entered and one was a double comment. 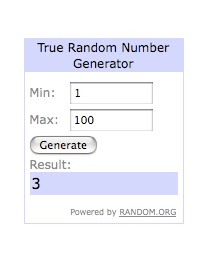 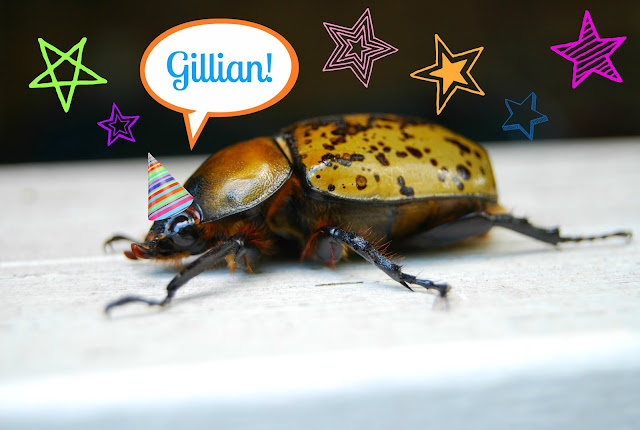 Gillian, I'll be emailing you shortly.
The beetle has packed his bags and has his party hat on.  He's ready to go.

Thanks, everyone for entering.  I've said it once but I'll say it again- the sewing blogiverse is pretty awesome.

Email ThisBlogThis!Share to TwitterShare to FacebookShare to Pinterest
Labels: giveaway